A Hack-Day project called kthx (K, thanks) which allowed co-workers to thank each other. Think “Social Appreciation”.

The app itself was written in 12 hours, using Ruby on Rails. kthx allows introverted (or extroverted, for that matter) colleagues to express various degrees of appreciation to each other in a totally non-socially awkward way, with appreciation points accumulating for those willing to lend a helping hand. The interaction was a quick selection of level (“thanks”, “props”, “lifesaver”, etc.) which prompted a fill in the blank sentence where the thanker could describe the event. 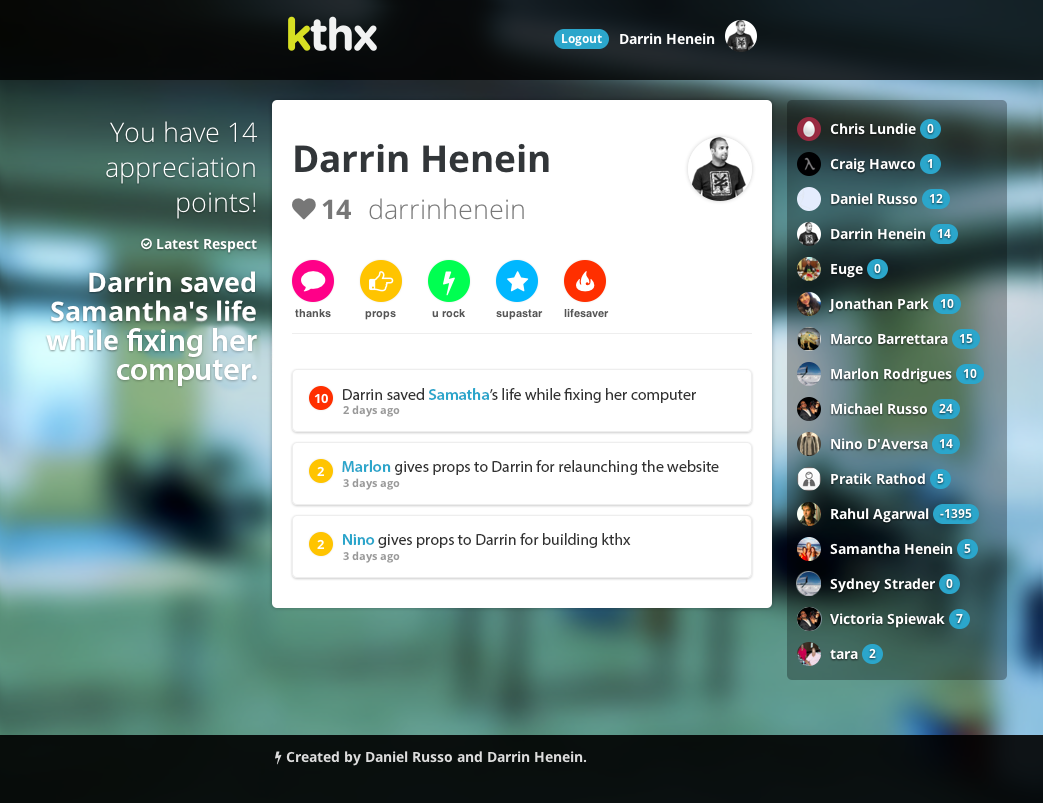 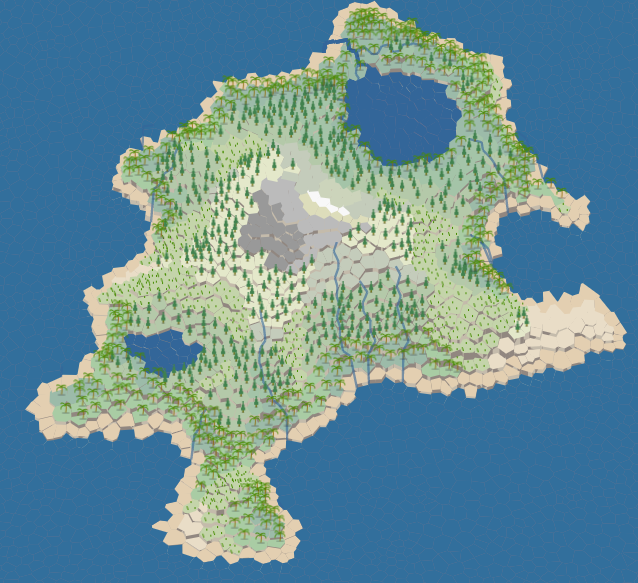 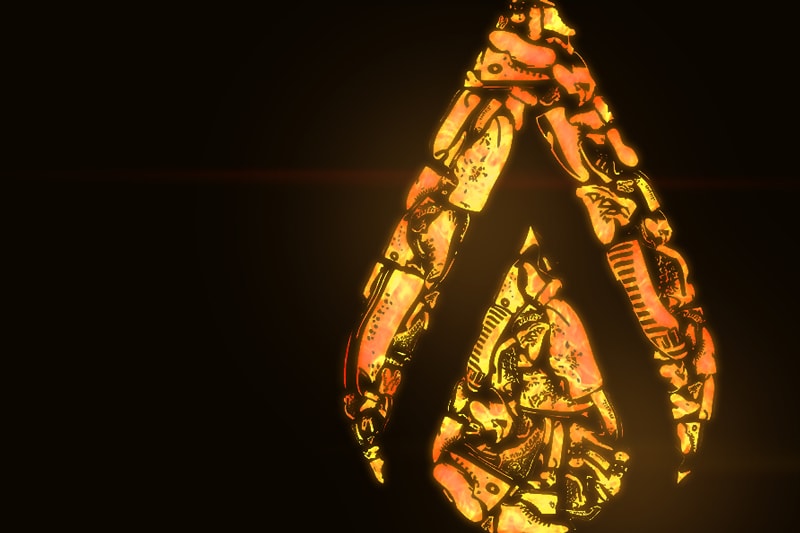